Bus of MCV : "We go by championship"

Египетcкая a company MCV is a leader at the market Near east on producing of busses of all classes, certificated producer of busses on the undercarriage of Mercedes - Benz. In a threshold soccer championship of Евро- 2012 at the Ukrainian market interest increased in the busses of enhanceable comfort. And unby chance the motor race of MCV got the name "We go by championship". A route lay through Simferopol, Donetsk, Kyiv and Dnipropetrovsk. In these cities, meeting was conducted with ferrymen, dealers, representatives of local authorities. Aim of run - to acquaint them with the busses of MCV, that answer the high standards of quality, and their cost is near to the cost of machines of the Ukrainian production. Within the framework of run were presented tourist bus of MCV 500 and suburban MCV 400.

Адель Хасан Amine Manager of outwardly-economic activity of company MCV LLC
"Our company exists 15 more than. We began from assembling of trucks of Mercedes - Benz, and in a year began to produce busses. Undercarriage of Mercedes - Benz we get ready, and baskets we design and make. In 2001 began an export in the countries of Africa and Near east. In 2003 bought a bus plant in Great Britain, and in 2007 - in REPUBLIC of south Africa. We opened the representative offices in Algeria, ОАЭ and on Cuba. In days gone by our production capacities made about 3000 busses in a year. Then a plant was considerably extended in Egypt, that allows annually to make to 6000 busses. Presently we end two large projects: jointly with Mercedes - Benz we erect plants in India and Uzbekistan". 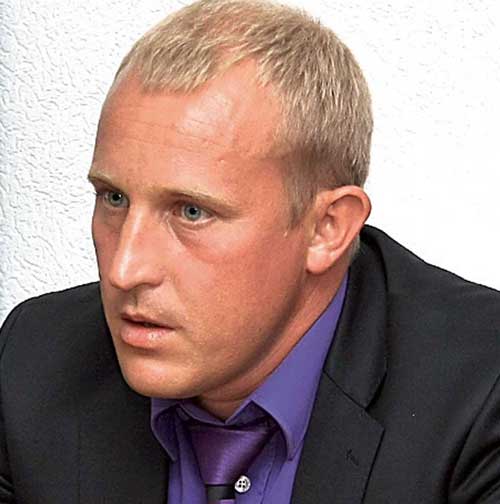 Vasiliy Истомин Director on the sales of company of "Euros-beads"
The "products of MCV cover all spectrum of busses for the different types of перево­зок. Three types of models of small class of MCV 260 are produced: municipal, suburban and the tourist " first class". The municipal busses of large capacity of MCV 120 are offered with high, subzero and semisubzero sex. There are suburban models of MCV 400. Most fresh novelty - MCV 400-2011, different an enhanceable comfort. Tourist busses are presented by the models of MCV 500 and leader of brand - MCV 600. The busses of MCV in a sufficient amount are present on storage in Ukraine. The company of "Euros-beads" carries out the complete spectrum of services in their sale and service, deliveries are possible in leasing. Financial terms are counted individually for every client".